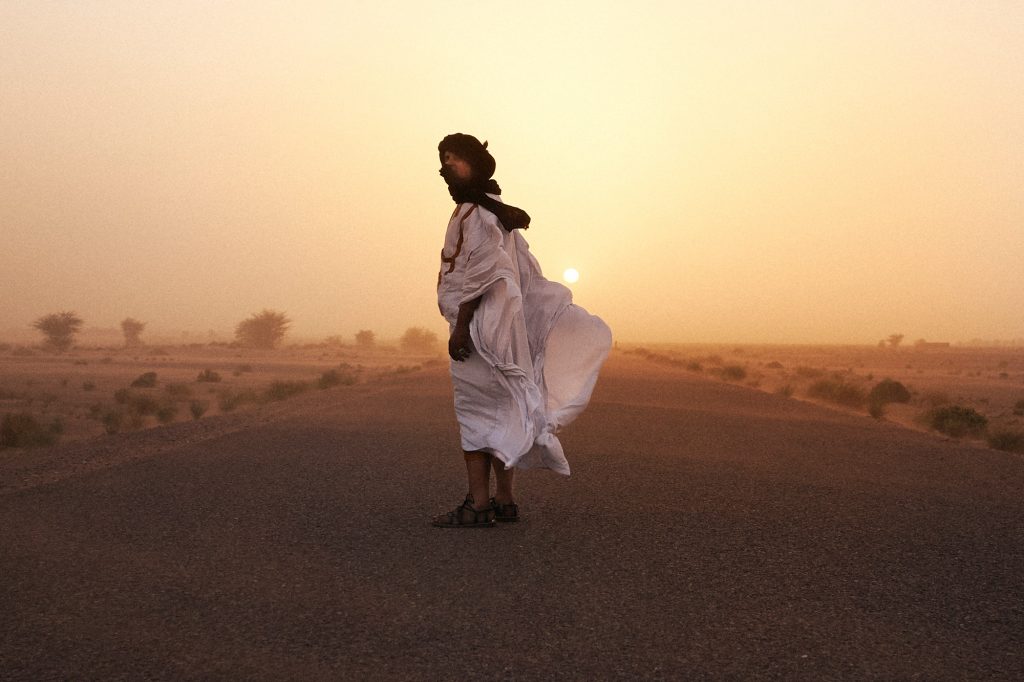 Mohammed Sbai was born and raised between the desert and the oasis of M’hamid El Ghizlane “the door to the Sahara,” in a family with a nomadic background. The beautiful family name Sbai means “son of the lion.” His father, Mohamed Cheikh Sbai was well respected in the region and instrumental in the social and political movement, defending the rights of the nomadic tribes and the local community in M’hamid El Ghizlane. During his dedicated life to the Sahara, he met with two generations of Moroccan kings.
As a young boy, Mohammed was already inspired to be an entrepreneur and started to work guiding travelers through the desert. After a few years, he also became interested in trading jewelry and rugs inspired by the old trans-saharan caravans from Mhamid to Tawdanni (salt mine) in Mali and the shared history of the family.
When Mohammed was only 20 years old he crossed roads with an American who worked with meteorites, learned the business, and traveled to the USA. Once he understood the dynamics of the magic stones he began traveling in Sub-Sahara Africa, Europe, Asia and America.
As he expanded, he organized Nomads all over the world, teaching them to identify the special stones and created a supply chain. That supply chain expanded to deserts in all corners of the world and brought him to many international trade shows. His stones are bought by celebrities, museums, and other places of interest. He was able to share his specific knowledge in international publications such as National Geographic and France 2.With the wealth he made from the stones, he started to buy hotel properties in and around the oasis where he grew up, while employing the local youth of M’hamid El Ghizlane and developing the oasis with agriculture. Sbai Palace is the largest and most grand of the 5 properties. It is supplied by 2 farms and connected to a luxury camp in the dunes.

Any cookies that may not be particularly necessary for the website to function and is used specifically to collect user personal data via analytics, ads, other embedded contents are termed as non-necessary cookies. It is mandatory to procure user consent prior to running these cookies on your website.